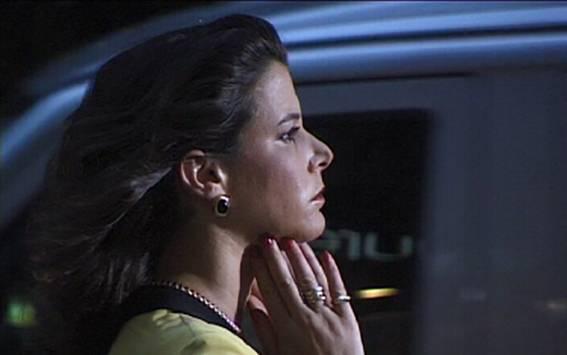 LIMA teams up with curator Karin Post to present a screening program with video art, talks and live performance on emotions. Emotions are formed in the head through senses and prompt direct action, causing movement between people. LIMA Presents: E- Motion, Reports from the Basement. Other than in feelings ( that can be totally inward) emotions have a direct connection to the movement of the body ( or its immobilization – thus to dance and performance. Curated by Manja Topper, Mark Kremer and Karin Post.
Based on a selection of video works (from, among others, the LIMA collection), artist statements, conversations and live action explore two theater makers and a thinker explore the relationship between art and emotion. E-motion is an evening that takes us to the inner space where artists are looking for compassion and rapture, for emotion and communication, but also for silence.

Our existence is steeped in emotion. Ever since classical antiquity, humans have recognized themselves in basic emotions. Through emotions, opinions and feelings are expressed. Pleasant or unpleasant, active or passive. Emotions unite and divide people, as a group and also individually. Living in a tense time with many intense and sometimes sometimes malicious emotions; expressions that often do not lead to constructive discussions. People can get carried away by charged subjects, worries and fears that are sometimes real but can also be irrational or fictional. As much as the world changes, humans sometimes seem to stand still because they are unable to think ahead. By reacting emotionally to what is happening, but at the same time being limited in finding solutions.
Social platforms - which thrive on our emotional involvement - are an outlet. Which emotions divide us? And how can we connect? Which emotions can we trust as guides in an overstimulated society? Contemporary art examines, records and reacts emotionally to the present and the past. What can contemporary artists tell us about the role and meaning of emotions in our lives?

Manja Topper is a theatre maker at Theater Company Dood Paard and creates performances that exist amidst a raw reality. Provocation, cheerfulness, fantasy and theatrical exuberance characterize her style. Topper works together with other theatre makers and with kindred spirits from music and the visual arts. Some of her productions are Doctor Faustus, De Meiden, Freetown, Botox Angels, The Tragedy of Slaughtervaart and Paraula. She has translated Shakespeare, Marlowe, Schnitzler, Müller and other authors, is published by The New Theater Library and International Theater and Film books, and is a guest teacher at various theater schools.

Mark Kremer is a curator and art writer based in Amsterdam. In 2019 the Mondrian Foundation awarded him a research grant to follow the development of Christiaan Bastiaans’s Valuable Cargo, a live performance in Takamatsu, Japan. Curated exhibitions
include: When Elephants Come Marching In: Sixties’ Echoes in Today’s Art, De Appel, 2014-15 - this exhibit tracked &amp; staged encounters between Psychedelia and Conceptualism in the current art landscape.

Since the early nineties, curator and choreographer Karin Post has developed performances, events, films and publications in collaboraion with artists from various disciplines. Her knowledge of motion and her experience in the cultural field has helped her forge new connections in the fields of dance, theatre and the visual arts. As a guest curator she designed the interdisciplinary exhibition Parelen/Pearls, museum De Lakenhal Leiden. And Punk- Dans- Kunst/ angry movements at SCHUNCK in Heerlen. Post has explored the possibilities of new media and computer techniques for modern dance, by applying the digital animation technique motion capture into renderings of dance and movement.