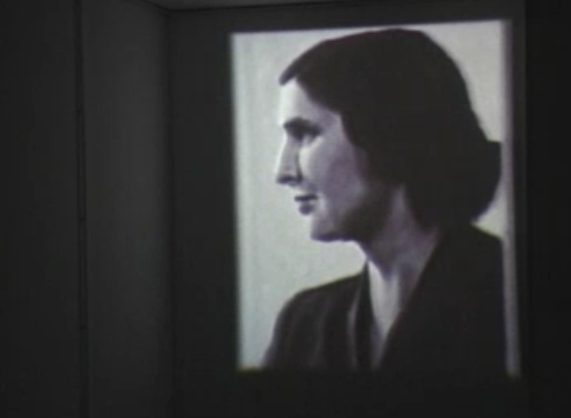 As part of the ongoing project, we are organizing Wikipedia workshops and edit-a-thons. There is too little information made available of female media artists so by reason, the first two classes focus on increasing the visibility of these female creatives! These classes are set up by LIMA, the Dutch Cultural Heritage Agency and Wikimedia the Netherlands.

We are pleased to hereby introduce four inspiring female artists with different artistic visions and practices who have played a role in the field of media art as we know it today. Please join us in spreading the word!

Giny Vos
Giny Vos (1959) is an Amsterdam based artist who graduated from the Gerrit Rietveld Academy In 1988 in graphic design. Many of Vos’s works reflect on space, on its structures and our perception of it. In her video-installation Nature Morte, Vos involves the visitor in an ironic game. A CRT-monitor showing a close-up of a zebra is locked inside a zoo cage. A stuffed zebra head is hanging outside the cage. One can hear the heavy breathing of an animal – but this breathing belongs to the zebra outside the cage. Is it still alive? And is the animal on the screen really a zebra? Nature Morte is a confusing  game between 'inside' and 'outside'. From 1990 onwards, Vos made many installations in public space, like Spacesaver (Utrecht, 2003) a three dimensional light installation modelled after a Microsoft screensaver. 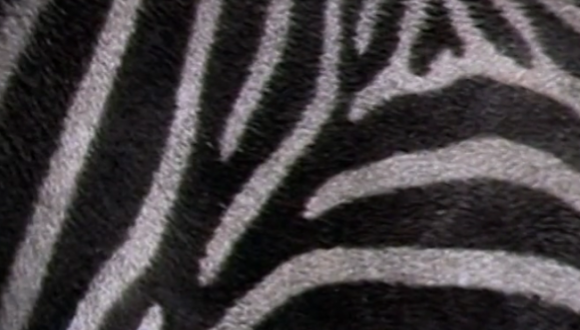 Yvonne Oerlemans
Yvonne Oerlemans (1945-2012) has created a diverse oeuvre of video art, installations and objects. Her early video works are metaphorical and philosophical reflections on the human condition, always with a nice touch of humor. The pieces are short, conceptual and compact. Brains (1990) is a stop-motion puppet show that takes place on two large yellow bumps. A tiny female figure stands on one bump, a male one on the other. The figures interact, but also remain separated, unable to stay on the other's terrain. In order to find balance within this dualistic situation, they reach harmony between mythos and logos through Eros. When the camera zooms out, the complete image is visible and the whole form comes together. Symbolically, this image represents the brain, and how the left and right half of the brain are assumed to be different for women and men. 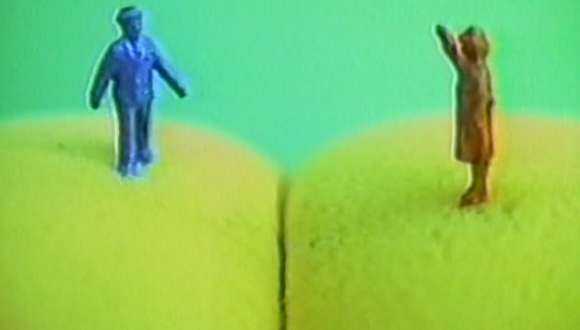 Roos Theuws
Roos Theuws (1957) began her artistic practice in the late 1980s using video. She makes abstract and minimal works which play with architectural space and the effect of light. In many of her installations, the element of light as a source of life plays a vital role. In the installation Forma Lucis VI, Theuws questions the phenomenon of light: whether light is form or whether it gives form. Two monitors are suspended at eye-level against the wall in a darkened room, surrounded by sculptural objects. The monitors display abstract images: recordings of the coloured monitor screen itself. They have been arranged so as to reflect each other. Just as the glass acts as a diffuser of the light, so the sculptural elements round the monitors are there to direct light and colour, to project and reflect. The installation unfolds itself image for image and the monitors present a constantly changing play of light and colour - making light tangible. 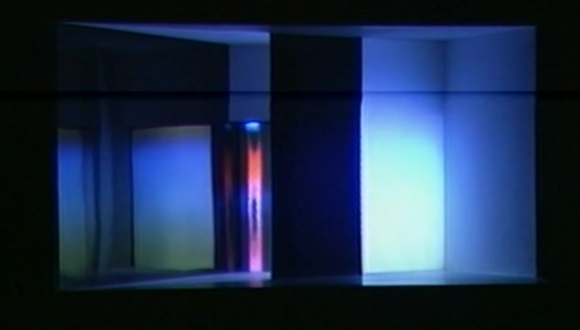 Bea de Visser
Bea de Visser (1957) makes works within a broad artistic scope, ranging from independent art initiatives to established museums, and from the public space, to theatre and film. In her work, De Visser explores the intimacy and complexity of human relations. The installation The Skipping Mind / A Film About Forgetting started with an old black and white photograph of an unknown woman that De Visser found at a flea market in Prague. She made 25 multi-view paintings of this same photograph. After that, she loaded pictures of these paintings into a software program where they were morphed together, creating a smooth view of the subject from different angles. The photographed subject was given a new life as a three dimensional figure. De Visser restored a moment and  a person that perhaps otherwise had  been lost in the folds of time. However, the anonymous woman remains a puzzle. Her smile alludes to something we will never know or understand; she is lost in her virtual environment.

The Skipping Mind / A Film About Forgetting by Bea Visser, 1999