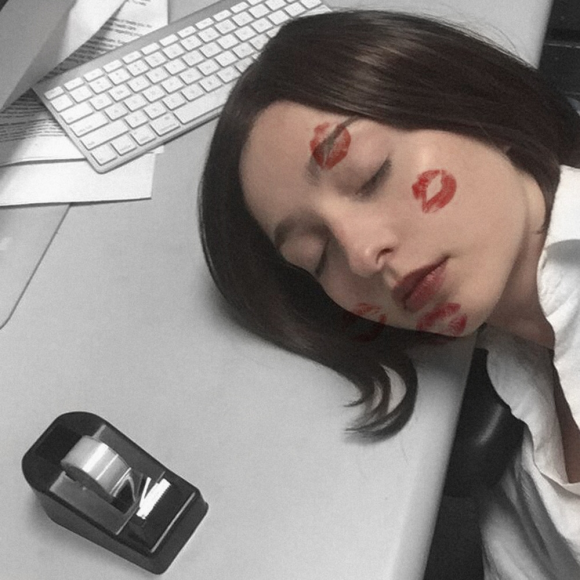 How is performance art defined by institutions collecting, conserving and researching it? Can it be documented, conserved and collected, and in which ways? On July 4th, 2018, LIMA and perform doc will welcome a conversation about several current themes around performance documentation. The guests invited to the conversation, all coming from academic or institutional backgrounds, are: Gabriella Giannachi, Gaby Wijers, Katja Kwastek, Annet Dekker and Nell Donkers. The conversation will be moderated by perform doc founders, Gavriella Abekassis and Jeroen de Smalen.

All the guests will be invited to present their latest experiences and research on performance documentation and conservation, and to debate other experiences. The discussion will be to opportunity present, for the first time in The Netherlands, the book Histories of Performance Documentation: Museum, Artistic, and Scholarly Practices, edited by Gabriella Giannachi and Jonah Westerman, in which Gaby Wijers, Annet Dekker and Katja Kwastek have taken part. The event will also be the occasion for Annet Dekker to present her last book Collecting and Conserving Net Art, and to explain her research regarding performativity of net art and its conservation.

Gabriella Giannachi
Gabriella Giannachi is Professor in Performance and New Media, and Director of the Centre for Intermedia at the University of Exeter, which promotes advanced interdisciplinary research in performance and the arts through collaborations between artists, academics and scientists from a range of disciplines. Over the last five years, she has been researching projects in partnerships with: Tate, Royal Albert Memorial Museum and Art Gallery, Exeter City FC Supporters Trust, Imperial War Museum, British Library, Stanford Libraries, LIMA, San Francisco Art Institute, Ludwig Boltzman Institute Media.Art.Research and Met Office Hadley Centre. Gabriella Giannachi has a BA in Modern Languages and Literatures, in the Faculty of Letters and Philosophy from Turin University, and a PhD in English from Cambridge University, where she was awarded a scholarship by her College, Trinity

Hall, to research the role of silence in modern European Drama. In recognition of her research, she became a Fellow of the Royal Society of Arts in 2012 and an elected member of the Academia Europaea in 2014. Among her several publications, she recently edited the book Histories of Performance Documentation: Museum, Artistic, and Scholarly Practices in collaboration with Jonah Westerman, who is Assistant Professor of Art History at Purchase College, State University of New York. She will present the book during the conversation, after having introduced her current activities in relationship with performance documentation (University of Exeter).

Gaby Wijers is presenting LIMA activities and research worldwide. After several conferences on the way LIMA preserves and distributes media art, she will focus on performance preservation, distribution and research at LIMA. She will also introduce her interview in conversation with Jonah Westerman in the book Histories of Performance Documentation: Museum, Artistic, and Scholarly Practices.

Katja Kwastek
Katja Kwastek is professor of modern and contemporary art at the Vrije Universiteit Amsterdam. Early n, she extended her research into the fields of art & technology, media (art) history and aesthetics, performance and game studies. Complementary to this research itinerary is her great interest in the field of digital humanities. Katja Kwastek studied art history at the universities of Münster, Cologne, and Florence and holds a PhD from the University of Cologne. After a six year employment as Assistant Professor at the Art History Department of the Ludwig-Maximilians-University (Munich), and a Visiting Professorship at the Rhode Island School of Design (Providence, RI), she joined the Ludwig Boltzmann Institute Media.Art.Research (Linz, Austria), first as (Key)Researcher, then as Vice Director, and finally as Director of the Institute. In 2013 she held a position of Visiting Professor at the Department of Visual Studies at the Humboldt-University, Berlin. She has curated exhibition projects, lectured internationally and published many books and essays, including “Aesthetics of Interaction in Digital Art” (MIT Press, 2013), “Ohne Schnur. Art and Wireless Communication” (Revolver, 2004), “Computer, Kunst und Kunstgeschichte” (Deubner, 2003, co-authored with Hubertus Kohle), “Camera. gemalter und realer Raum der italienischen Frührenaissance” (VDG, 2001) .

Annet Dekker
While co-directing and being a Visiting Professor at the CSNI, Annet Dekker is also Assistant

Professor at the University of Amsterdam, Media Studies: Archival and Information Studies, next to being a freelance curator. Her recent projects were as researcher Digital Preservation at Tate, London, tutor at Piet Zwart Institute, Rotterdam, and fellow at Het Nieuwe Instituut, Rotterdam. She publishes widely on issues of digital art and preservation in international, peer-reviewed journals, books, and magazines, and has edited several publications, among others, Lost and Living (in) Archives (2017), Speculative Scenarios, or what will happen to digital art in the (near) future (2013), Archive 2020: Sustainable Archiving of Born Digital Cultural Content (2010), and Walled Garden (co-edited with Annette Wolfsberger, 2009). She previously worked as web curator for SKOR (2010–12), was programme manager at Virtueel Platform (2008–10), and head of exhibitions, education and artists-in-residence at the Netherlands Media Art Institute (1999–2008). In 2014, she completed her PhD on conservation of net art at Goldsmiths University of London (SCNI). Recently, Annet Dekker published Collecting and Conserving Net Art, a book intended for researchers, academics and postgraduate students, especially those engaged in the study of museum studies, conservation and heritage studies, curatorial studies, digital art and art history. The

book should also be interesting to professionals who are involved in the conservation and curation of digital arts, performance, media and software (Routledge, 2018). Annet Dekker will present the book during the conversation and will focus on its content regarding performance art.

Nell Donkers
Since 2002, Nell Donkers has managed the archive (library, archive and collection) of De Appel in Amsterdam, well-known art centre for contemporary art dealing on a daily basis with collecting and producing performances since 1975, and made it digitally and physically accessible. The archive represents the memory of De Appel and has become a knowledge - and meeting place for researchers, artists and art lovers, wherein Donkers plays a connecting role. In different set-ups Donkers initiates and organizes presentations and events with and about the rich history of de Appel using ephemera and digitized audio and video. In addition, she invites contemporary artists who work with themes like archiving, bookmaking, systemising and use the tactic of "story in storytelling." During the conversation, Donkers will present her current and recent projects at De Appel, as well as her archiving methods for performance art and its documentation.

Gavriella Abekassis
Gavriella Abekassis is a researcher and independent curator. She recently co-founded perform doc. She has been researching and documenting the performances of six artists within this project since April 2017, and from other artists independently. Specializing in performance art documentation, she is researching how to make of perform doc an international project and how to distribute the documentation of the performances. The purpose is to offer artists a ready made system to enable them to have their performances exhibited, re-enacted or included in an institutional collection, as well as having documentation on those works in archive centers. Besides performance art, she is also

specialized in decorative arts, and following a thesis on the French Art Deco designer René Prou at Sorbonne Université, Paris (2017), she wrote the chronology which was published as part of a book on the same designer, with the Editions Norma, Paris (May 2018).

Jeroen de Smalen
Jeroen de Smalen is co-founder of perform doc, for which he is responsible for the performances and the lecture program’s organization. As a curator, he works with performances in both the academic world and on the practical aspects of the art scene. He wrote his thesis on the popularity of performance art since the 00’s at the University of Amsterdam supervised by Dr. Sophie Berrebi (June 2018), and has experience working with performances organized by contemporary art galleries. Working for the Manifesta Foundation and involved in the biennale organization in Palermo, he has knowledge of public relations and documentation within the field of contemporary art and performance.

perform doc​ in conversation with Gaby Wijers (LIMA), Gabriella Giannachi, Katja Kwastek, Annet Dekker, and Nell Donkers.
This programme is made possible by the Amsterdam Fund for the Arts.