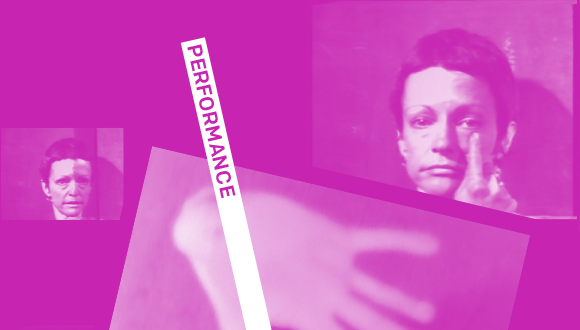 On Tuesday September 9, Frederique Bergholtz and Susan Gibb (If I Can’t Dance, I Don’t Want To Be Part Of Your Revolution, Amsterdam) present the next event in “The LIMA Collection”, an evening programme in which curators trace lines through the LIMA collection and the history of media art.
The development of performance and media art are closely intertwined. Artists working with performance quickly recognised the potential of video to document their live works, to be incorporated within their staging, or to be used as the stage itself with artists performing directly for the camera and broadcast. Alongside this the growing prevalence of mass media within contemporary culture also saw artists move from performing simple conceptual propositions to increasingly complicated intermedia exchanges, where the form and structure of media culture became the subject of their work.
In this screening program Frederique Bergholtz and Susan Gibb will consider these relationships between performance and media art through a selection of works that move from the early seventies to the contemporary moment, tracing shifts in the structuring of the bodies in front of the camera.
Date: Tuesday September 9
Place: LIMA, Arie Biemondstraat 111, Amsterdam
Time: 8 - 11:30 PM
Language: English

This programme is supported by AFK

In collaboration with de Appel arts centre, LIMA has recently made an inventory of the archives of 'Artists Talking...