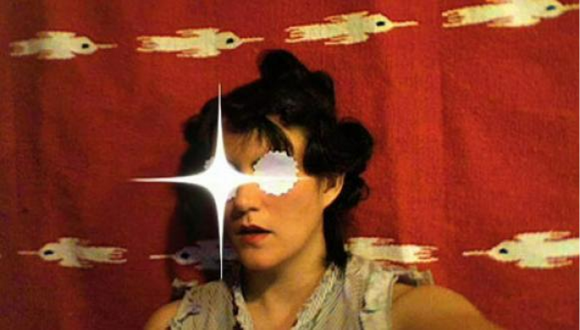 On November 30th and December 1st, the Rijksakademie van Beeldende Kunsten Amsterdam opens its doors to the public. During one weekend a year, people can have a look at the work and studio's of the current residents. The collection of LIMA contains a large number of works by former residents of the post graduate institute, of which we would like to highlight a few.

The oeuvre of Nina Yuen (Hawaii, 1981) is vivid, colorful and playful. In her work the artist plays the main role in her self created universe, where personal history and exploration of nature goes hand in hand. Even activities that seem to be ordinary at first, like brushing her teeth or talking about her death cat, become special in the world of Yuen.

Mr. President (2012), one of Yuen’s latest works is a letter to the president. She represents the average American citizen, by narrating the difficulties of everyday life. On the other hand, she explores nature in an refreshing way: she baths in flowers and measures the mountains with the shape of her arms. The universe of Yuen is really well designed and well thought. It is a personal world, constructed with the imagination of a child and the perfection of a woman.

Memory and reconstructing are key elements in the work of Sara Rajaei (Iran, 1976). Sometimes her stories are shown explicitly, sometimes she plays with the imagination of the viewer. Sara Rajaei presents dramatic events in a minimalistic way. In A Leap Year That Started on Friday, visual elements are almost absent: it shows appearing and disappearing text on a white screen, narrated by a voice-over. It is only at the very end that Rajaei introduces a visual image: she gives a view on an courtyard, where a bathtub appears. It is her nightmare that looms up.

In her most recent work, 1978 the 231st day, Rajaei also reconstructs a dramatic event in an abstract way. White text on an entirely black screen, a voice over and subtle music seems to be enough to transmit the heaviness of a story. It starts with distance, and becomes more personal as the story unfolds.

Gabriel Lester (The Netherlands, 1972) is a storyteller on a meta-level. Cinema, music and theater are important elements in his oeuvre. By using elements of this disciplines, but never fully implementing them, he knows how to play with effect and suggestion. He plays with the rules of storytelling: how much (or how little) suggestion is needed to bring the audience in a specific mood?

In his theatrical work The Big One (2011), Lester plays with ‘the suspension of disbelieve’: he creates a fantasy world in which one truly believes, or at least wants to believe. The story without logic narrative is about a circus-like lottery show with live audience. Staged in a surreal way, and with the use of a dramatic use of claire-obscure, Lester creates an atmosphere of mystery and desire.

About the author: Sanneke Huisman (NL)

Sanneke Huisman (1985) is an art historian specialised in modern and contemporary art, based in Amsterdam. Now working as an art critic, she contributes to magazines as Metropolis M and Kunstbeeld. At LIMA she works as an office assistant and editor, and is involved in the writing on and taking care of the collection.