The archival research of the project Talking Back to the Media 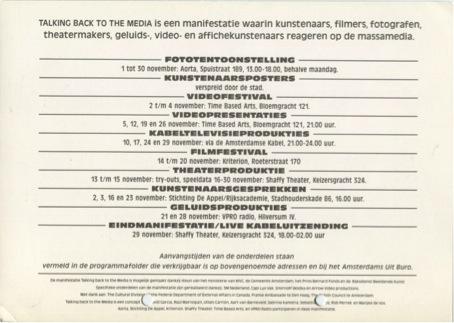 From September to November 2013, we have searched the archives of de Appel arts centre and LIMA for material of Talking Back to the Media. At LIMA, we found a box with about ten video tapes from U-matic and VHS to Hi8, with most of the hours of the local cable television broadcasts. At de Appel we found the press release and everything what was contained in the press kit: a lot of information about the artists and the program, correspondence of the organisation with the participating artists, transcriptions of conversations with artists and the Magazine Talking Back to the Media - a work of art itself. Next to this, we found many newspaper clippings about the manifestation, from the Zeeuwse Krant and the IJmuider Newspaper to the NRC Handelsblad. It became clear to us that this event had at lot of influence, and was known throughout the whole Netherlands. We eventually also found the three posters that were specially created for the event by three famous artists.

It became increasingly clear to us what the event all contained and what it had retained.

Internationally known artists from the USA and South America had joined. De Appel commissioned a number of artists to make a new work for Talking Back to the Media. During the research, it also became more clear which position de Appel had held in the (inter)national field of video and media art, and what had happened in this field in Amsterdam. It became clear that there were a lot of institutions and people in Amsterdam who played an important role in the development of video art. Because of the progressive attitude and the good financial situation at art centres, they had a big influence on the international art scene. Next to this, there was the big influence of the squat scene of Amsterdam, in which many artists were involved at that time. Finally, the foundation of Time Based Arts and Montevideo played a huge role: it gave artists the opportunity to work with good technical resources which were until then available for Television in Hilversum but far too expensive to be used by artists. 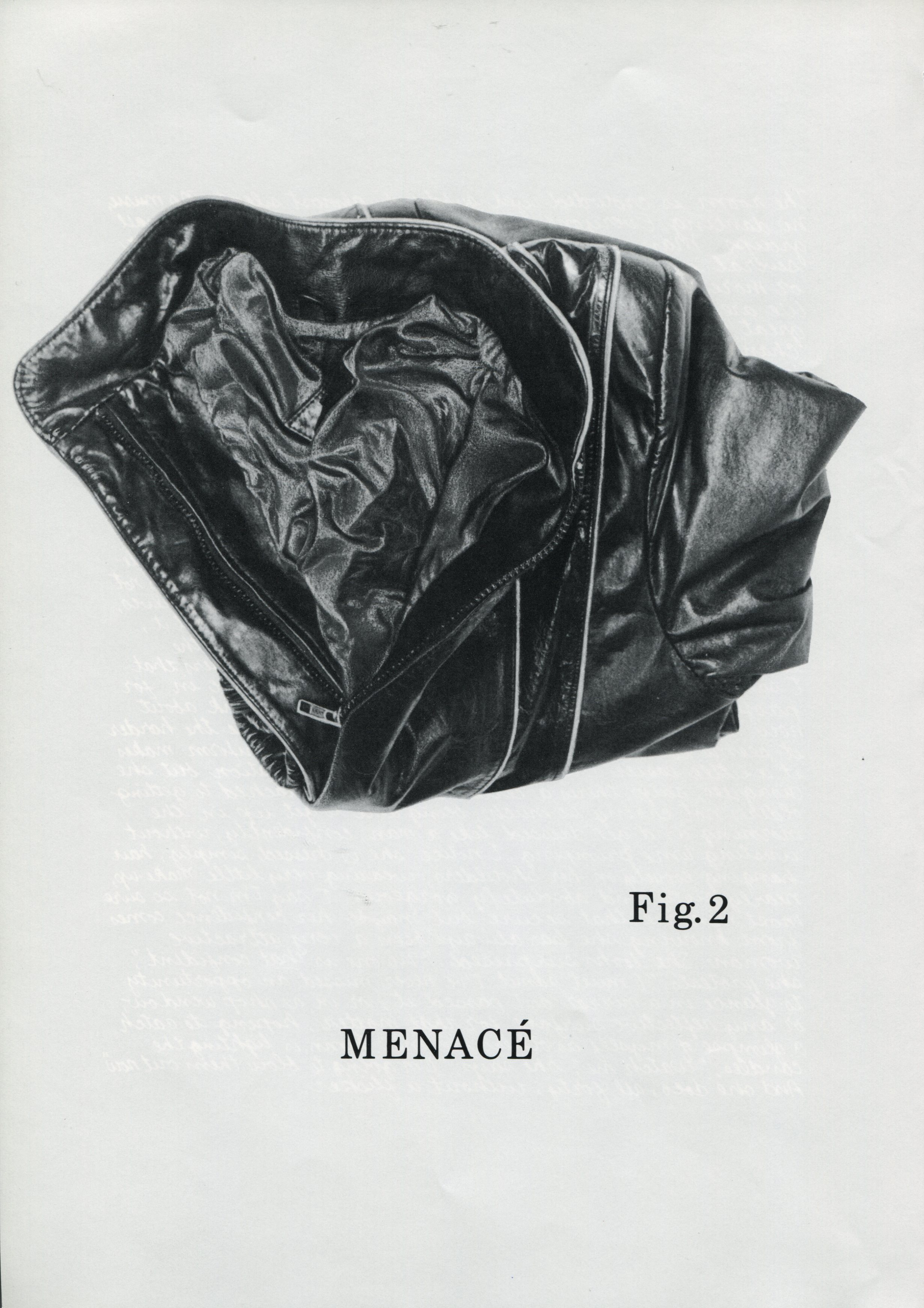 More about the history and foundation of Time Based Arts here.

Our first conclusion: Talking Back To The Media makes us curious and we want to investigate it further. How did the artists and organisers experience the event and what was their opinion on the implementation and impact of the event? Also because the topics and a number of artworks still seemed so relevant. Over the last decades, mass media and media arts have made tremendous developments. The texts that we read from the project and most of the artworks, press releases and newspaper articles where still very relevant, even while this project took place nearly thirty years ago!

Together with LIMA and de Appel we decided that we will take the next step: to contact all the artists and organisers involved, and ask them for interviews about Talking Back To The Media. That’s where our next blogs will be about.

In the context of our research on Talking Back to the Media, we - Camie and Brigitte - visited Raul Marroquin in his...