Social Capital #2 Amsterdam-West. Reflections On A City In Flux.

Social Capital #2 Amsterdam-West
Reflections on a City in Flux

Because of economic and social forces, Amsterdam is expanding rapidly. As a result, the public domain is under increasing pressure. Despite regulations, monoculture and commodification, how can we continue to see public space as a place for imagination and adventure? To address this question, TAAK in collaboration with LIMA launched the multi-year art project Social Capital in early 2018. Social Capital consists of interventions, presentations, workshops, performances, videos and installations at unexpected locations in various Amsterdam districts. We invite artists to reflect critically on the rapidly changing city and to establish new links between past, present and future in collaboration with local networks. This will allow us to speculate on surprising forms of public domain not focused solely on consumption and comfort, but as a realm for experiments and encounters.

The second edition of Social Capital started on 23 May 2019 in Amsterdam-West. Developed by TAAK and LIMA, the programme includes the following participants: Lyubov Matyunina, Julika Rudelius, Tao G. Vrhovec Sambolec in collaboration with DNK Ensemble, and Bart and Klaar. These artists respond to changes in their immediate surroundings with (sound) performances and video installations at various sites in West.

Besides various interventions on May 23 and 24, a Round-Table discussion was held at LIMA on Friday 24 May to examine developments and perspectives on gentrification in relation to art. Julian Jansen, senior urban planner at the municipality of Amsterdam, offered insight into the daily practice of area development in Amsterdam. Julika Rudelius, Tao G. Vrhovec Sambolec and Lyubov Matyunina then discussed their visions and methods. Artists Bart and Klaar closed the event with the presentation of ‘We>me.me’, a collective blog about different forms of ‘we’. Writer and journalist Chris Keulemans moderated the event and provided context.

Click here for the full programme on May 23 and 24

The programme takes place at various locations in Amsterdam-West. One of them is De Hallen, occupied by the Amsterdam municipal transport company until 1996 and transformed in 2014 into a hub for cinema, restaurants, culture and shopping. The old bike repair shop, a sheltered workshop and a branch of the public library are also housed here. Another location is Broedplaats HW10, a neighbourhood project set up by local artists for emerging talent and social initiatives. Then there is LIMA, located in LAB111 in the monumental building of the former pathological and anatomical laboratory in Amsterdam Oud-West. Finally, an intervention will be made in the public space on Pesthuislaan, on the grounds of the Wilhelmina Gasthuis. 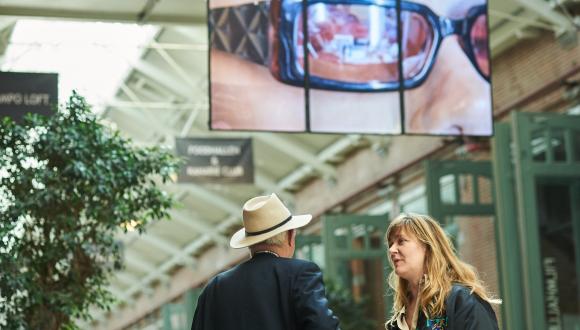 Julika Rudelius at the opening of Changeroom at De Hallen. Photo: Vika Ushkanova. 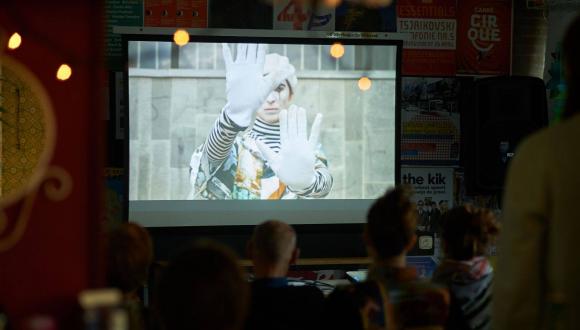 Screening of I am a tool of gentrification by Lyubov Matyunina at HW10. Photo: Vika Ushkanova. 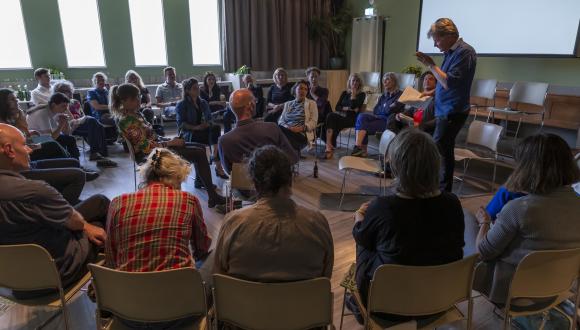 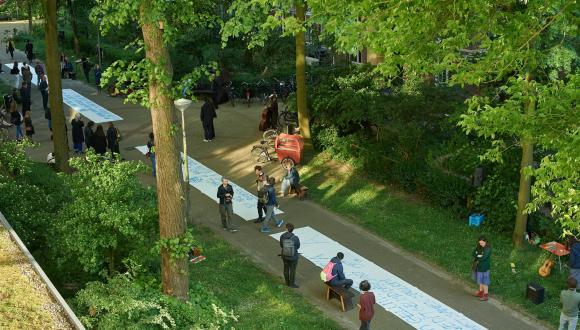 Social Capital #2 Amsterdam-West is supported by the Mondriaan Fund, the Amsterdam Fund for the Arts, and the Prins Bernhard Culture Fund Noord-Holland. With thanks to LAB111, HW10 and De Hallen.

Social Capital #2 Amsterdam-West. Reflections on a City in Flux

Social Capital #2 Amsterdam-West Reflections on a City in Flux Amsterdam is expanding rapidly because of economic and...

Exhibition Lyubov Matyunina - I am a tool of gentrification

I am a tool of gentrification is an experimental documentary series by Lyobov Matyunina in which she aims to explore...