This case study is part of the collaborative researchprogram Transformatie Digitale Kunst (2014-2015). The researchprogram is concerned with the long-term preservation, presentation and distribution of software based artworks. SHFT-34 was brought in as a case-study artwork by the Kröller Müller museum.

Short description of the artwork
SHFT-34 (2007) is a software-based artwork that runs on JAVA. In essence, the software describes a virtual space in which waves superpose to form a resultant wave of greater or lower amplitude. This phenomenon is also known in science as interference (wave propagation). The interference of waves create Moiré-like patterns. The program generates abstract colour images displayed on aspect ratio 4:3. The program ‘shifts’ through a colour-space that was determined by the artist. The viewer sees a succession of fragments of that space on the screen. Each fragment appears as a new image but is algorithmically determined, based on the former. Approximately every 3 seconds a new image is generated. Because of this fragmentation, the algorithmic shift through Peter Struycken’s colour space is not fluid but rather by interval. The space is continuously moving and does not repeat itself. The generated images are thus ‘stills’ of this continuous movement: a section built out of 80x80 points. 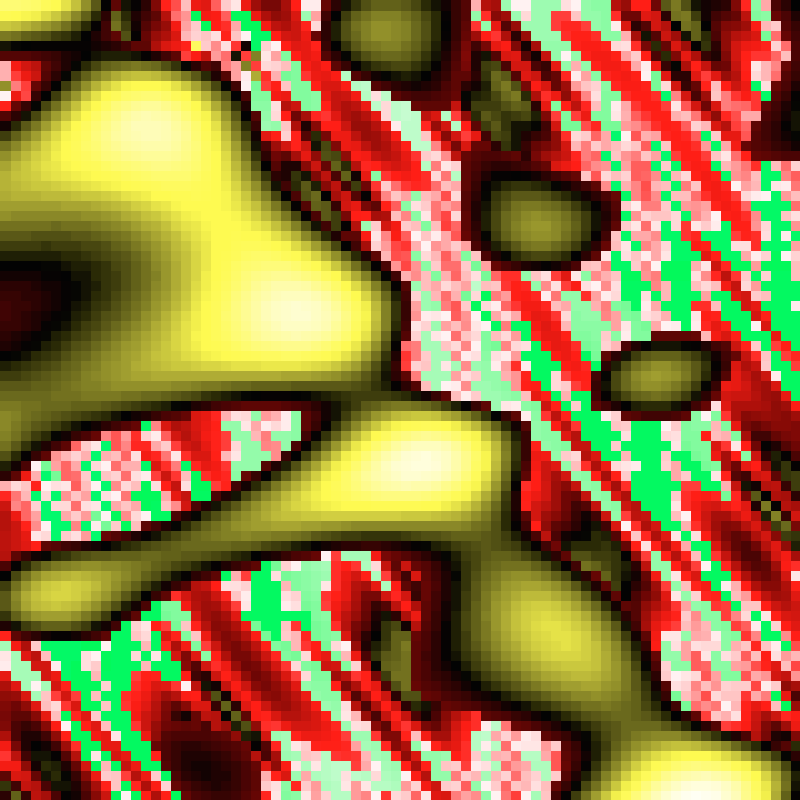 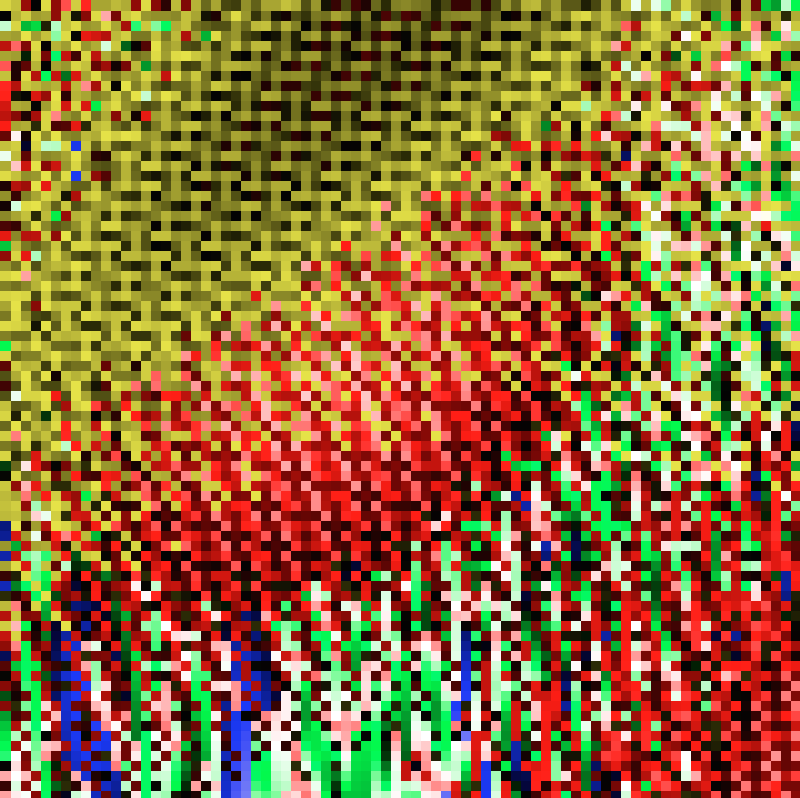 Context of the artwork
SHFT-34 is a computerprogram Peter Struycken wrote between 1981-1982 in the program language ‘Pascal’. The work was created for a permanent placing in a coffee-corner of the Groninger Museum. Due to a reorganization within the museum, the permanent placing of the work was postponed. After the reorganization it turned out that a vital part of the machine had gone missing and was never found again. Not until ten years later the program SHFT-34 was found on the computer of a technical staff member of the museum that had already retired by that time. Thanks to this discovery the work could be exhibited again, but with the stand-alone machine missing, not in its original set-up.

In 2006 another attempt was done to run SHFT-34 on a computer. Meanwhile, technology had advanced considerably and SHFT-34 did not work on the prevalent systems. In 2007 Floris van Manen reprogrammed SHFT-34 to ‘Java’. Whereas the hardware in the 1980’s held a lot of restrictions in terms of speed and dictated the overall possibilities of the program’s functioning, the abreast technology in 2007 allowed for enhancement. Van Manen and Struycken did make some changes that according to them improved the work while staying true to the authentic work. The changes are: 2 different viewmodes and a click-and-drag option which allows the viewer to 'move' through the colour space by hovering the mouse. The interactive options in the reprogrammed version help the viewer to understand the colour-space better as a whole. 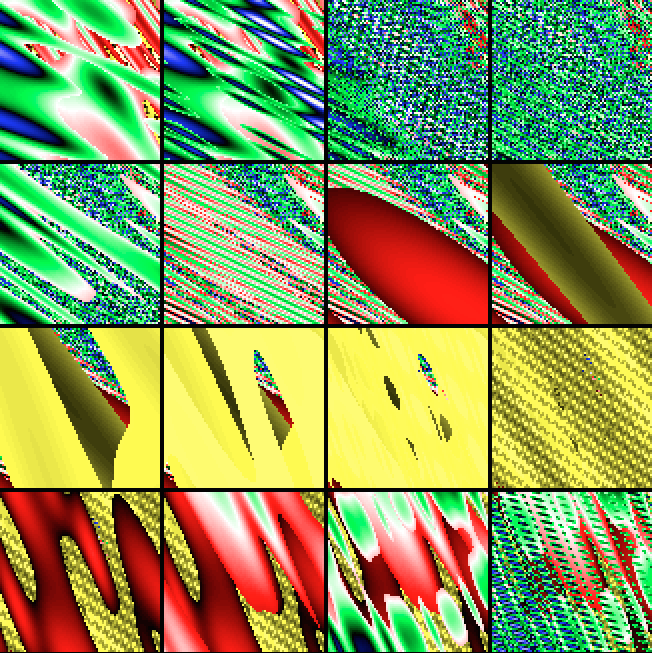 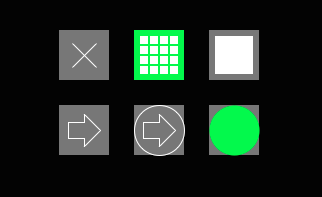 The new version of SHFT-34 (2007) is an interactive software-based artwork on CD-rom and SD-card that has been re-offered in limited edition of 30 and sold through Amsterdam based gallery: Andriesse-Eyck. It should be clear that with the new version of SHFT-34, Peter Struycken and Floris van Manen already focussed on long-term preservation. With the program on 2 carriers, migrated to Java, operating on 3 different OSs and including software installation package for each OS, the program is holds more potential in terms of preservation than most digital artworks. This effort makes that Peter Struycken is not only a pioneer in digital art, he is also aware and contributing to preservation strategies of born-digital art.

Preservation research
The current version of SHFT-34 has been researched in terms of sustainability. After 9 years since its last migration, technical malfunction is again highly possible. Until around 2005, CD-ROMs were popularly used to distribute software for computers. When SHFT-34 was reprogrammed, CD-ROMS were gradually being replaced by SD-cards (Secure Digital); a nonvolatile memory card classified under ‘solid-state’ storage. The reason to use CD-ROM and SD-card has in this case no special significance. SHFT-34 was simply conformed to the standard of the time of reconstruction

Because both carriers are still prone to physical damage and obsolescence of readers and drivers, digitization is the first necessary step in preserving SHFT-34 for the long term. An .iso image is the common format that makes an exact copy of all the files stored on the physical carrier. However, securing the files as an .iso image does not solve any obsolescence problems of the program SHFT-34 itself. The program is dependent on 3 important components:
1. Hardware; 2. Operating system; 3. Java software. When one of these components is not, or no longer, compatibel with the program’s demands, SHFT-34 might not work.

The following conservation strategies have been considered:

In the case-study SHFT-34, emulation requires the least grade of intervention. The preserved .iso or 'disk image' can be loaded in the directory of a virtual machine that is set to emulate the required system. Several tests have been done by technicians Wiel Seuskens and Paul-Jansen Klomp in order to define the required system that would hold the most potential for long term preservation and access. Struycken and van Manen developed SHFT-34 for 3 different operating systems: Linux, Windows and Mac. The Linux version is today holds the most perspective to ensuring future access to the program. Linux is a unix-like and mostly POSIX-compliant computer operating system that is free and open-source in development and distribution. Windows and Mac are both not open-source and license issues are a thread to long-term access.

The documentation of all elements providing information on the original look of the artwork, (from technical settings to the production history and context of the artwork) are essential to preserve alongside the disk image. For SHFT-34 all metadata is documented and a video-registration has been made. For future acces to SHFT-34 this documentation can be consulted.

Project
The central questions for the future presentation and conservation of any work coming into a museum collection are “...