PART III: How to Activate the Past and (Re)Present It: Digital Canon?!

On Friday, March 22, LIMA launched the Dutch canon of digital art. The presentation, by Sanneke Huisman and Jan Robert Leegte, took place in front of the international audience of Transformation Digital Art symposium 2019 at LIMA. The primary objective of the project is to add these digital works to the collective cultural memory and to fuel the discussion about the selection and preservation of digital art. The digital canon consists of twenty digital artworks made on Dutch soil between 1960 and 2000:

The result can be seen on a website dedicated to the project: www.digitalcanon.nl. The twenty canonical works here each have their own page with images, excerpts, videos, quotes from the artists and texts. The works have been researched for this purpose. In addition, the website also contains clear insight into the development of the selection presented and some critical texts about canonizing digital art. The design emphasizes this dual nature by dividing the website into a front and back. This innovative design is made by Yehwan Song. Song is a South Korean designer, web designer and web developer. She designs and develops experimental websites and interactive graphical interfaces. Song is known for her playful design in which she reverses and challenges the general understanding of web design both conceptually and visually.

The canon is by no means an endpoint, but is the starting point for further investigation of the selected works. The first follow-up steps are already being taken. In addition to the website, an exhibition concept will be developed, which involves various relevant issues. For some of the selected works, for example, only documentation material is left and for other works restoration is needed. The canon is also a starting point for discussion and critical reflection, whereby canonization and the selection procedure are critically examined. The title of the

conversation between Josephine Bosma, Martijn van Boven, Annet Dekker, Sandra Fauconnier, Jan Robert Leegte and Gaby Wijers is significant from this point of view: "Canonization as an Activist Act". The traditional form of canonization is used to open a conversation. The expert group invites the field to make its voice heard. The first new text to be published on the website will be the first lecture of the symposium: Re-writing the Present: To Inhabit the Inhabitable by Willem van Weelden looks critically and philosophically at (the lack of) historical awareness in the field of canonization and preservation of digital art

After the launch of the digital canon, questions from the audience were addressed and answered and Gaby Wijers took the stage for the last time to sum up two days of symposium in her final conclusion. Afterwards, the symposium as well the Digital Canon were celebrated at the cafe/restaurant of LAB111. 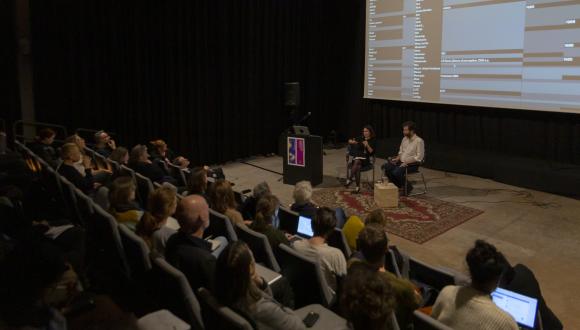 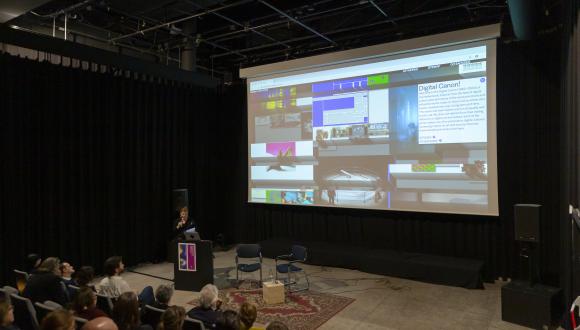 Project
For the practical research project Digital Canon?! Born-digital art in the Netherlands, LIMA researches how the...