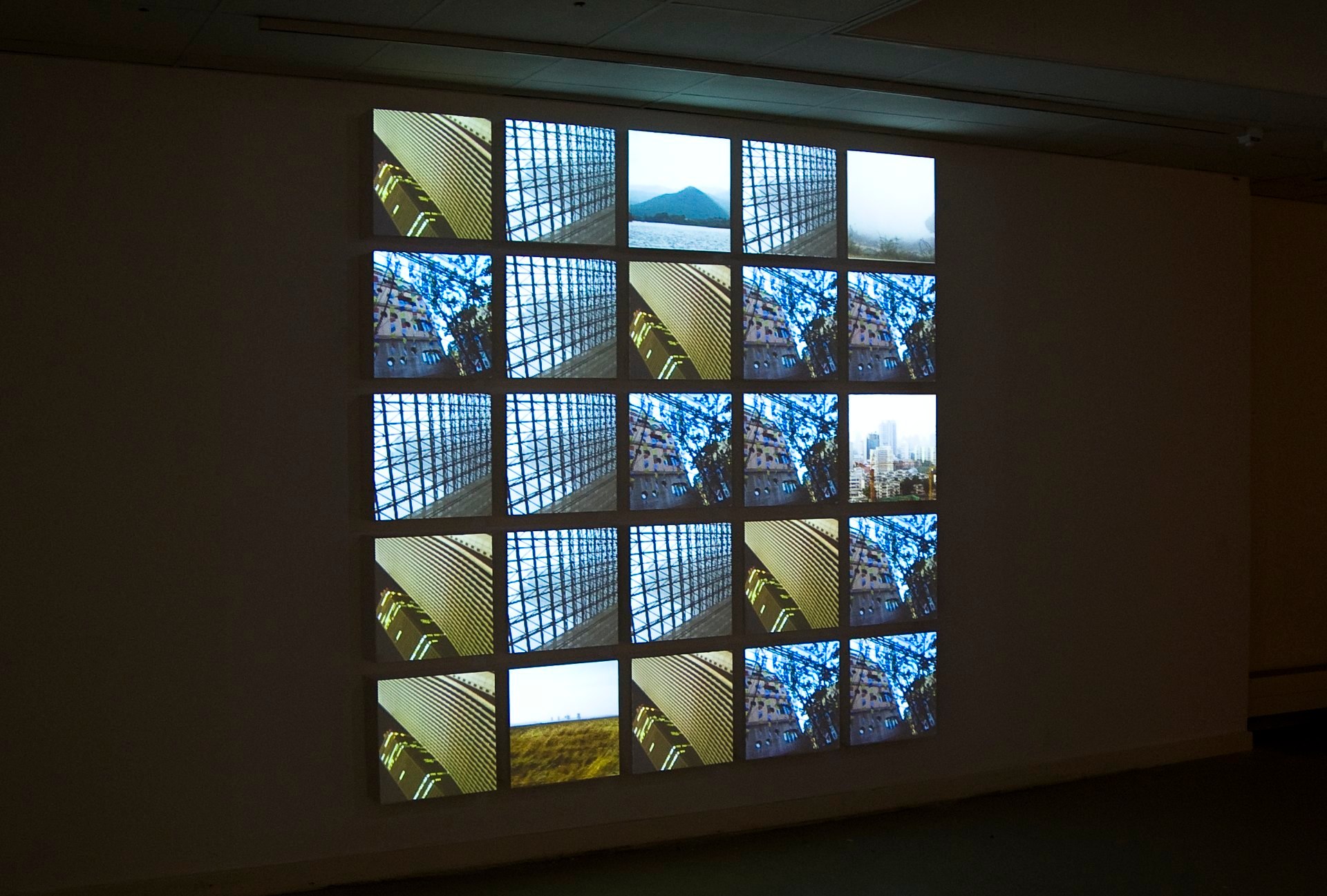 Random Access Memories is a live-generated installation that seeks to question the line between personal, individual and collective memory. The artwork is composed of a 5 x 5 grid of square images projected on the wall. Drawing from a database of approximately 4,322 personal photographs taken by Mul, image analysis software selects images in real-time that are alike based on a series of 18 parameters, and projects these one after another as a set onto the 5 x 5 grid.

Random Access Memories in tandem with the works Data Architecture & The Order of Things illustrate a key feature of Mul’s practice whereby he develops a new software tool, and out of this creates a number of different artworks. The first artwork created out of this software was the real-time generative, site-specific installation Data Architecture, which was exhibited only once, at Ron Mandos gallery, Rotterdam in 2003. This artwork takes a collection of 100,000 images, the same as in The Library of Babel and continuously and slowly transitions and restructures them through projecting them onto a window within the room, giving the impression of stained glass. Following this was The Order of Things, also real-time generative, site-specific and only presented once, at the Royal Netherlands Embassy in New Delhi, India in 2005. The image set for this work draws from a database of photos of monuments listed on the Unesco World Heritage list for India. Four identical projections are presented on the ceiling of the Dutch Embassy, overlapping in the centre of the ceiling, forming a kind of symmetrical ornament of information.

While all three artworks are covered in the case study, Random Access Memories is the focus as it is the most recent artwork output using the software, is iterative in that Mul continues to add new images to the image set, is not site-specific allowing it to be shown in various venues, and was installed as part of his 2016-2017 retrospective at Stedelijk Museum Schiedam.

Random Access Memories is of particular interest as it’s the only artwork by Mul that uses image analysis software with a database of images that he continues to add to. For this work, Mul believes that since it is meant to be a kind of representation of his memories, and since he is still creating new memories, the images should be reflective of this and continues to add images to the artwork. As such the artwork grows and changes in terms of what images might be projected together with each instance of Mul adding photographs to the database. Through the artist interview it was discovered that Mul understands that he is the only person who can add images to the work and also adjust the presets on the 18 image criteria parameters to make different and interesting image combinations. Should Geert pass away, he would consider that the artwork at that point is “finished” or “completed”.

Random Access Memories features an interface to be able to add these new images to the database and to create new image sequences for displaying the images by setting different parameters.  A description of, and manual for this interface has been made and preserved with the work.

In terms of the preservation of the artwork for 5 or 15 years, there are no real concerns currently. Of course, computers are always a challenge, but if Mul stores at least 2 backup Linux computers this should be fine. The artwork itself runs on Linux and Linux will run on stock PCs, so if required emulation can be used. The main concern then is preserving the software that runs the artwork, which also includes the currently 4000+ image database. As such, full system backup, the source code, software and image database is being stored with LIMA’s digital art repository service that will ensure that safety of these digital materials.