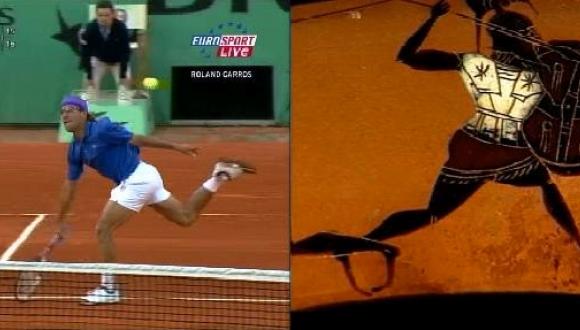 Match of the Day is a hybrid artwork started by Geert Mul in 2004 and which ran until 2008. The basis of the artwork, or tool as it is often described, is an image analysis software that has been programmed to extract still images from video clips pulled from about 30 international television sites via satellite daily, then compares the stills and brings together like pairs. Mul then selects pairs of images out of the thousands of matches made, which he saves as Jpegs in a folder of his favourites. These image pair favourites have been translated into and exhibited as a book, prints, video and installation. Through the in-depth artist interviews, it was teased out that it is this output that Mul considers the artwork. For Mul, the artwork is “both everything I’ve selected as matches to be shared, and nothing before that”, as well as all of the manifestations in which the matches have been shown. The artist interviews also help illuminate that Mul thinks of himself as the director of the project, and as such he is the only one who decides which matches are made public and in what format.

Overall he thinks of the image analysis software and the tangible output together as a project. The image pairs generated as well as the book, prints, video and installation, act as documents that represent a certain time as it was represented through the mass medium of television, which is then represented through the various forms the artwork takes.

The software programme used to generate the matches between 2004 and 2008 is currently broken, and is no longer able to pull clips via satellite television and analyse the still images to create matched pairs. The software itself requires significant attention to get it up and running, including thorough assessment of compatibility with today’s satellite television. This does not stop the artwork from being exhibited, because for Mul, the artwork has always been the various output formats his favourite image pairs have been translated into—namely the book, video, prints and installation—which regardless of whether the image analysis software is working, can still be exhibited.

While the original software programme used as a tool to generate the matched pairs is not working, this is not a concern for the future presentation of the work because the work is presented as the book, video, prints etc. At current, the most important part to maintain access to is the folder of 5000-6000 saved image pair Jpegs. Mul currently has this folder saved on his personal computer, and also in a backup disk image of the computer, but requires more protection and thus has been be shared with LIMA’s art repository to safeguard the artwork.